Coming from a traditional family of musicians, he is the grandson of the great Master Ustad Faiyaz Khan. Imran Khan has been playing tabla since he was 7 years old. His speciality is soft and sweet playing, with a clear and warm tonal quality. Imran Khan is a traditional Tabla Player with a modern approach. He has been trained in the refinements of the Delhi style of playing, with it's depth of soundproduction and elaborate repertoire. He has shared the stage with his grandfather Tabla maestro Ustad Faiyaz Khan on different occasions. Imran Khan has been accompanying many artists in India as well as internationally on tour to countries like Japan, Korea and Nigeria. He has played at prestigious festivals and venues like Habitat Center (Delhi), Kamani Auditorium (Delhi),

- Peace Palace, The Hague (The Netherlands)

He had taught music to aspiring musician of different age groups in a summer camp organised by Sahitya Kala Parishad, Delhi. National Scholarship in the year 2010 was awarded to him by Ministry of Culture, Govt. of India. He was also conferred with Awards by Delhi Vikas Parishad and SA MA PA', a society committed encouragement of music for humanity. Imran Khan's performances have been broadcasted on TV frequently. He has also been part of the national archiving of classical music at the Indira Gandhi National Center for Arts. At this young age, he has matured as a profound artist, as well as a dedicatedteacher at Delhi's national Bal Bhavan's Summer Camp. 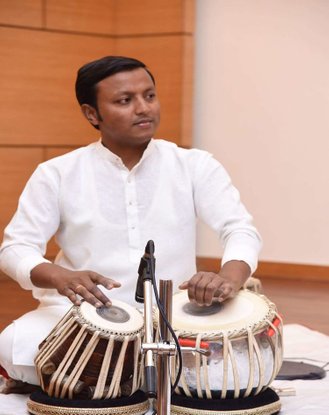